Thankfully the sun has been shining on the London Olympics but here in the mountainous north west of England the clouds and rain remained until just a few days ago. 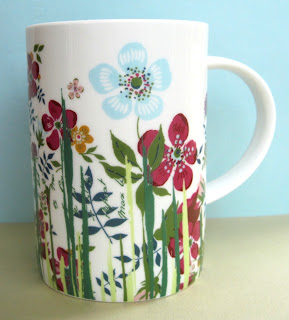 So what to do when you can't enjoy your summer garden? Buy a new mug of course! When I first saw this it immediately reminded me of my blog banner which was the perfect excuse to give it a good home!


The mug is from Liberty, one of my favourite London stores, and the floral pattern is based on one of their 1950s fabric designs. I've loved Liberty fabrics since I was very small and used to visit the store with my mum who could never return home without at least one length of floral cotton lawn. 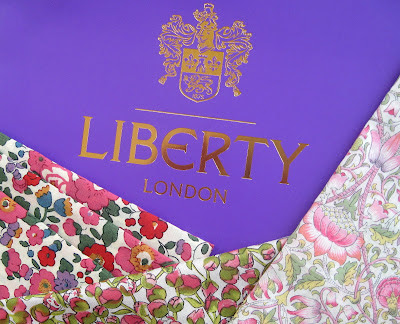 I've decided that perhaps now is the time to put some of my Liberty printed fabrics to good use. I have a few ideas buzzing around in my head but nothing definite as yet. 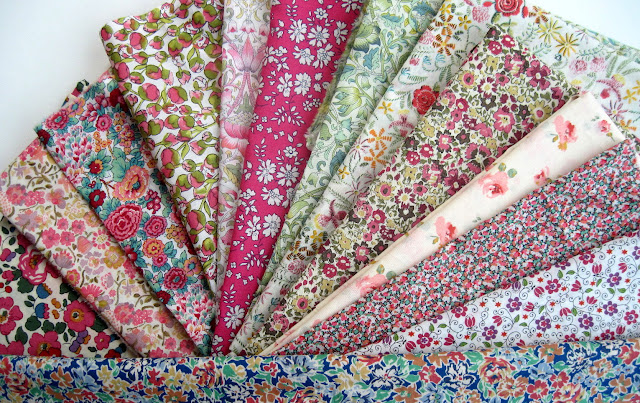 In my last post I promised to let you know about my tiny knitted dolls. Well I'm afraid this is as far as I've got and they are still a work in progress. I'm hoping there will be a pattern available soon but working with the Liberty lawn is proving very difficult to resist and knitting is currently taking second place! 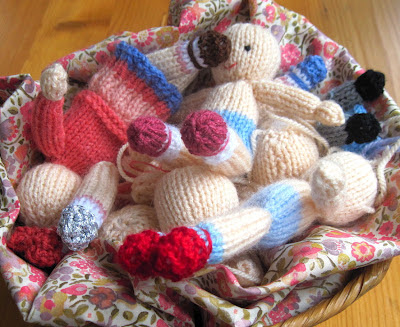 Meanwhile I can tell you that as soon as the sun started shining last week the playroom door burst open and an avalanche of dolls and rabbits headed for the garden. 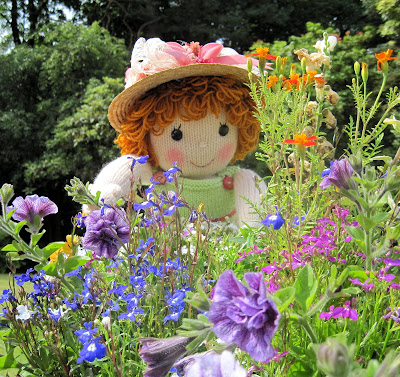 Belinda Jane (one of the more sensible dollies) did a spot of gardening and helped to remove some of the dead rain-battered flower heads.

Olympic cycling events have been featured on TV quite a lot in recent weeks and when Lucy Lavender spotted the old red bicycle leaning against the ivy clad wall she decided she'd chance here luck at a bit of speed cycling. Fortunately the ivy had wrapped itself tightly around the wheels preventing Lucy from disaster! 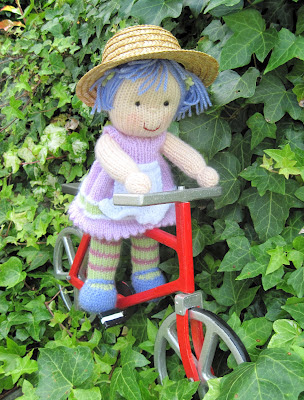 Several rascals climbed into the wheelbarrow hoping for a free ride but were foolish enough not to realise that the barrow was on a steep slope. Thankfully I spotted it just in time and a major dolly spillage was narrowly avoided. 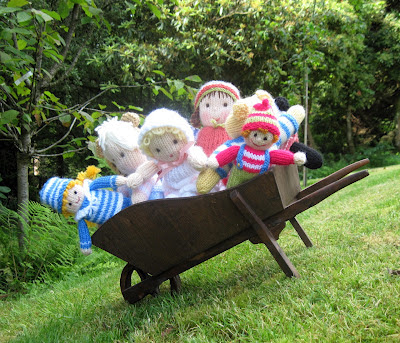 Would-be sprinters and marathon runners amongst the young bunnies had to be watched closely as they would have certainly disappeared into the nearby wood where predators roam. Poor Mother Bunny did here best to keep the youngsters in the basket but with little success. This little rascal dashed off at high speed and was lost for quite a while. 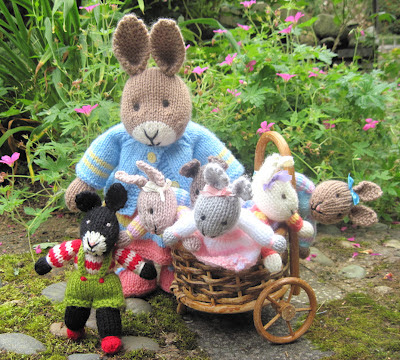 Everyone searched the garden in vain. After quite some time he was spotted with his head protruding from this watering can. The scamp had climbed inside and become well and truly stuck. 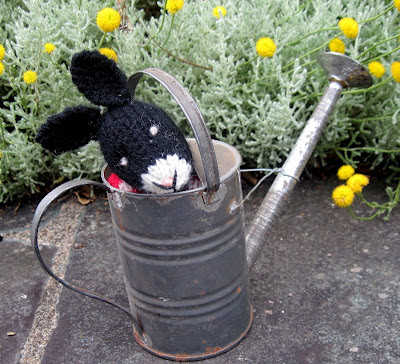 Luckily Kate was on hand to pull him out otherwise goodness knows how long he'd have been in there. 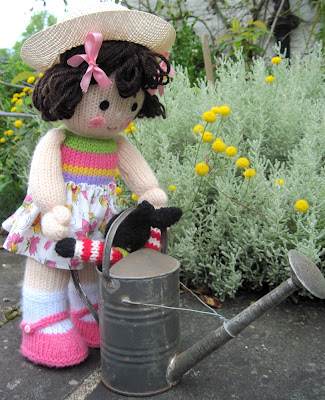 Even though dolls and rabbits were scattered around the garden it didn't take long for them all to spot the picnic hamper when Posy laid it on the check tablecloth. Alice and Lucy were the first to arrive and watched in mouth-watering expectation as the basket was opened. 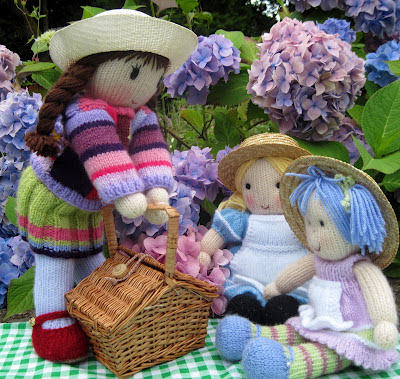 Gathering everyone together at the end of the day might have been a problem if it hadn't been for Merrily Ann's bright idea. She suggested using the tablecloth to transform her wooden bed into a boat so that everyone could 'sail' back to the playroom. This was an excellent plan and 100% successful. It was just possible to squeeze everyone in, right down to the last tiny bunny who, as you can see, very nearly missed the boat. 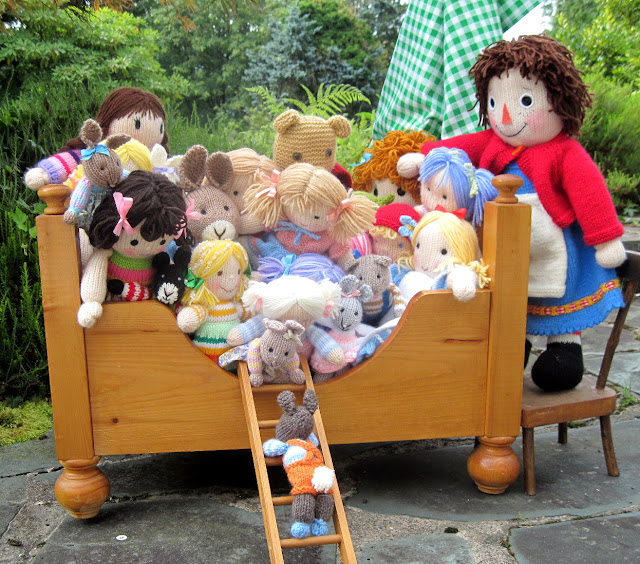 I hope you have enjoyed watching the London Olympics on TV, or perhaps been a spectator at one of the events. A knitter in London, living close to the Olympic Park, has displayed a number of little knitted athletes in her garden and they've proved very popular with passers-by. If you'd like to take a look please click on the link below. There is a description written under each picture.