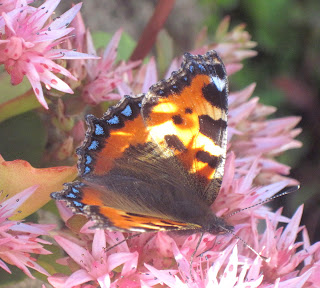 We've just enjoyed a gloriously sunny weekend. The garden hummed with the sound of bees whilst butterflies fluttered prettily from flower to flower seeking sun warmed nectar. After several attempts I managed to snap this picture of a Small Tortoiseshell.

The weekend was not a haven of peace however as the summery sound of bees was frequently interrupted by the roar of jet aircraft swooping and diving overhead. Every July the Lake District stages an airshow and this year's was bigger than ever. The planes always perform their aerobatics over the lake so we are able to view them from the garden or through an upstairs window. 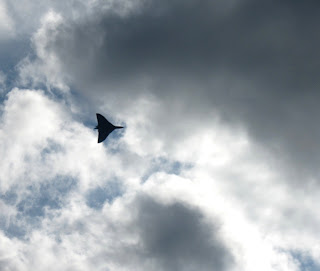 This enormous delta wing Vulcan rattled the rafters as it climbed high above the house.

Late on Sunday afternoon the 'Red Arrows' (the Royal Air Force Aerobatic Team) performed their amazing display as a finale to this year's show and then at last the summery buzzing of bees was again audible. 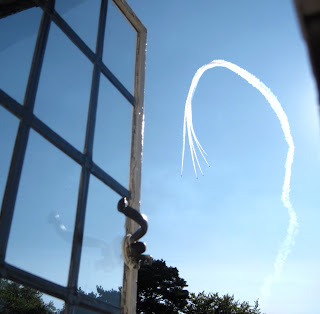 The aerobatics we witnessed over the weekend seem to have influenced activities in the playroom today. This afternoon I found Tilly and Kate looking at pictures of flying fairies. 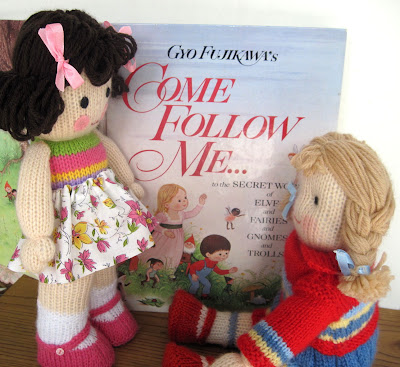 Then out came some coloured paper and wings were made for all the Rainbow Rascals. 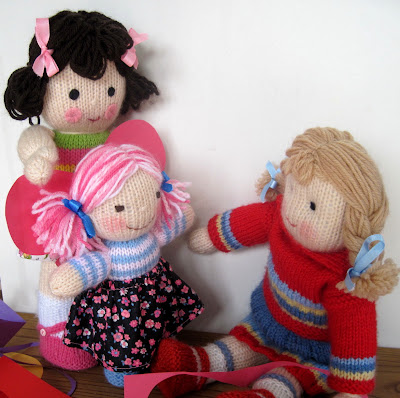 Although the names - Lysimachia Fairy, Hydrangea Fairy, Red Petunia Fairy and Mauve Petunia Fairy are too long for the average dolly to remember the girls were happy to pose with their flowery namesakes. 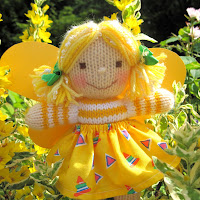 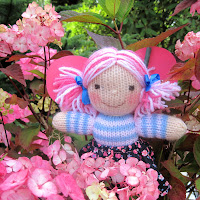 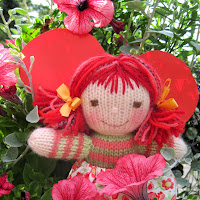 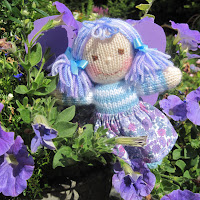 So far so good. But then the flying idea was put to the test and the fairy aerobatic team prepared to take to the skies. . . . . .and landed with a thud on the ground below. 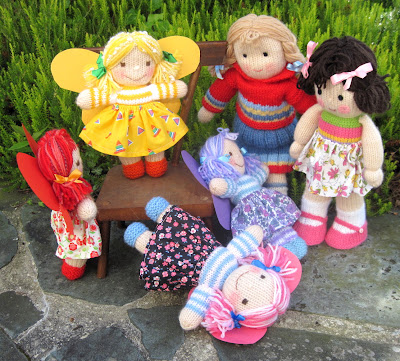