Images of Christmas by Ferrandiz

In 1960s Britain, Christmas cards depicting scenes by Spanish artist Juan Ferrandiz began to make an appearance and they proved hugely popular. I wonder how many of you remember pictures like this? I found them so appealing that I squirreled away any that I came across and have just rediscovered them in a box in the attic. 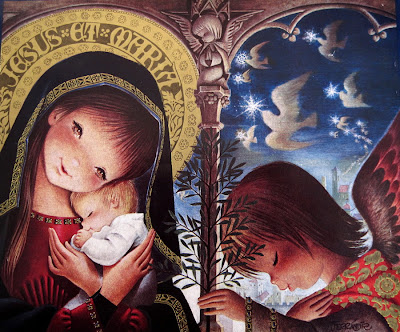 My Mum bought this Woman's Own magazine in 1965 and once she'd finished reading it I was allowed to remove the cover. 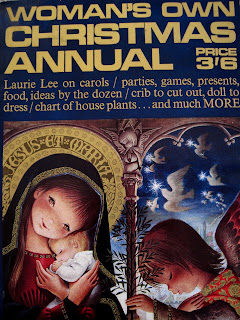 The picture below appeared in a Sunday Times colour supplement in the late 1960s. 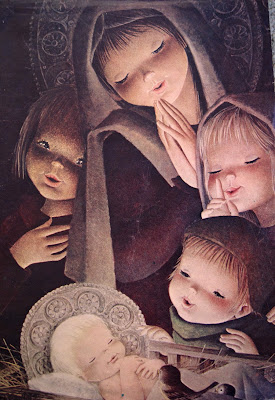 The Ferrandiz style of painting children with softly lit faces is instantly recognisable. 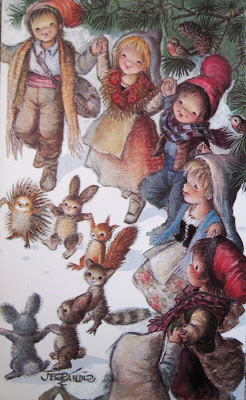 The cards above and below date from the mid 1970s 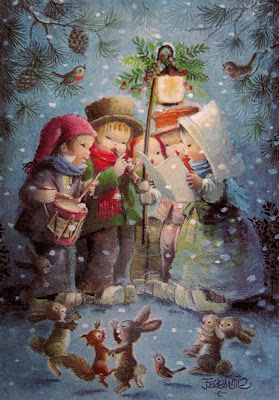 Juan Ferrandiz was a Spanish illustrator specializing in stories for children and Christmas cards. He was also a sculptor and writer of poems and stories for children. He was born in Barcelona (Spain) in 1918 and died in August 1997 at the age of 79.